It’s been almost two months since my last journal entry, and to be 100% dramatic, my mental state has deteriorated. My initial adaptation was overwhelmed by growing anxiety that has manifested itself as panic attacks, acute insomnia, and feelings of dread. I am seeking treatment for these symptoms, but the common feedback has been, “your body is responding to quarantine and the pandemic.” Melatonin has been my only way of achieving sleep. I tried to get off of it, but that went very poorly. (Almost two weeks of no sleep).

My body itself has responded in strange ways at strange times. I’ll be sitting somewhere when suddenly my pulse accelerates and my “fight or flight” instincts activate. In other words, random panic.

I want to eat. All the time. But I refuse to compromise my diet. I have implemented multiple routines to try and stay healthy (leaving home to walk after work, routine schedule, avoiding bed, working in one spot, cooking healthy meals, etc.). It has done some good, but not enough to ease my growing anger and anxiety.

Despite all the dramatics, not everything is terrible. I rewatched the entirety of Slayers for the first time in years, and that brought back a lot of great memories. Since becoming quarantined I’ve caught up on a lot of shows including Little Witch Academia, Violet Evergarden, Steven Universe Future, Slayers, Clone Wars, and now Code Geass. Animal Crossing has been a Godsend, and a great way to spend time with friends from afar.

The weather has also been beautiful. May is my favorite month of the year. The deep blue skies, puffy white clouds, and plentiful green brings me pure joy. Slowly but surely my anger will subside, and perhaps the world will return to “precedented times”. 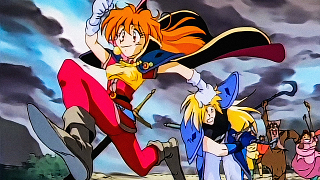 So I guess I should do the obligatory, "talk about COVID-19 and the quarantine" journal entry. It's so batshit insane that I would be remiss not to reflect on these uncertanties and experiences.

So far, I've settled into a new routine. Work is at home now, and my hours are the same. I've set up a place where I do work, and only work. This way I can still retain some level of relaxation in the rest of my living space. It's strange not seeing my co-workers anymore. I used to bitch about making small talk, but now I'd kill to shoot the shit with an actual like human being. Our work has slowed down significantly, and I'm nervous about potentially being laid off. Lay offs aren't occuring yet, but it doesn't mean I don't worry about it.

Aside from work, my social life has gone from hardly-existent to non-existent. Next week is my birthday. I had a celebration planned, and was going to take a few days off. This has all been cancelled now, and I'm more than a little bummed. The irony was that my days off were going to be a "staycation". I am a clown.

The upside is I'm aready introverted by nature, so having more "me time" hasn't destroyed me. Even so, I'm ready for this to be done...

I used to dread Lent. Every year my parents would assemble us (my siblings and myself), and encourage us to give something up for the forty-day period. This was always presented as optional, but the tone of the conversation was usually, "you probably should give something up kiddo." After offering my favorite non-answer of, "I want to give up school", I'd usually settle on something difficult but doable: candy, soda, chocolate, etc. Each week I'd patiently wait for Sunday (apparently Sundays don't count depending on who you ask) and then indulge in my forgotten vice. This all culminated on Easter Sunday, wherein I'd gorge myself on whatever it was I wasn't supposed to have, and then settle back into a comfortable routine.

This pattern continued into my early adulthood. It wasn't until last year that I gained any sort of appriecation for the season. Last year I gave up "Gacha Games" (those horrible mobile games that encourage the play to spend money to trigger that reward system in your brain). I was well addicted to them, and it was actually having a palbable effect on my bank account. It felt like a real gambling addiction. I uninstalled the games for the Lenten season with the idea that "I'll check in every Sunday, and then play again on Easter." Except, I didn't. I lost interest. I never returned. And my bank account and free time has been thankful ever since.

This year, in a similar vain, I've given up social media. I'm a social media apologist- I absolutely love connecting to people through the comfort of my phone or computer. I post constantly, and find myself scrolling for hours without realizing. Which is a problem. It's excessive.

Now, I'm almost a week into this Lenten season and I feel disconnected. So much freetime has opened up, and my muscle memory keeps tapping on apps that aren't there. I feel as though I'm missing out on my friend's lives. Like I don't know what's going on. I'm not there to cheer them on. I have nowhere to dump my thoughts but here, on my little journal.

And, as strange as it all is, I'm not sure that my presence has been missed. Perhaps after a few weeks a few will wonder for a passing moment, but not long enough to form an exchange of any consequence. And me? Well I've already began trying new games, reading new books, exploring new apps. There is so much my phone can do that I didn't even know! So may apps I never thought to try. It's all so neat.

It's moments like these that have lead me to the conclusion that Lent is my favorite time of year. I don't get presents, I don't get food, I don't get friends, but I gain discipline. I get to focus on things that actually matter. It's this "aha" moment of finally understanding why people are insane enough to partake in this season. Perhaps I won't gain enlightenment from not scrolling on instagram for two hours, but at the same time, perhaps I will find new ways to connect with people and form new hobbies. Get myself out of this digital comfort zone. Or not. We shall see. 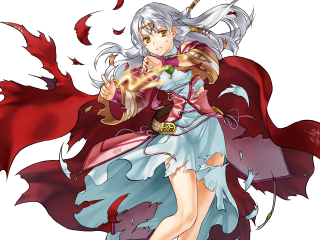 Today I met my therapist. I've tried therapy a number of times in the past, but it's never worked out. Usually, this is due to scheduling, money, or just the wrong fit. However, this initial session has me feeling a cautionary optimism that can only be undone by the first insurance bill slapping me back to reality. Regardless, I told myself I'd stick with this, and as long as I have the means I plan to.

And gosh, after being in my head so much lately, I could certainly use a neautral party. I've been so hyper focused on my flaws, and strained friendships that I have seemingly constant bouts of agitation. I don't like negative relationships that I cannot avoid. I hate having to suit up and endure them. But I also hate confrontation. It's like defusing a bomb. Sometimes it's successful, and everyone celebrates the fact that no one combusted in a brilliant blaze of glory. Or everything immediatly explodes. Good Game.

In a positive development, I've decided to take a hiatus from social media for a while. I think the break will help me get out of my head a little, and refocus that energy on happier things. At least, that's what I hope.

I'm hungover today.
That wasn't my intention when I made cocktails with my friends last night, but in an act of hubris I drank one too many. I didn't get sick, or even nauseated for that matter. Instead, I've spent the entire day swimming in fatigue, unwilling to do anything except lay on my couch and eat greasy food. I haven't experienced this in months, and it's the reason I only drink in social, once-a-week type settings.
All of this would be an unfortunate inconvenience if not for the low affect that accompanied my mood. My brain is so hyper focused on productivity, getting things done, being on the move, etc. that when I lose all my energy it's torture. It's the feeling I have during my worst battles with depression. I think it says a lot that my personality has morphed into something so "Type-A" that the act of laying on my couch for a prolonged period of time fills me with dread.
Sometimes I feel that I can't relax. That I actively avoid the silence. Building my website, playing a game, doing work- anything to escape the silence. But why? In the silence, all I have is my inner monologue. My own voice that calls the shots, and critiques every moment of everyday. In the silence, with nothing to focus that energy on, I focus it solely on myself. I critique my performance, I remember the people who've wronged me, I get moody thinking of the people who aggravate me. All of it culminates in a cacophony of thoughts screaming to be heard.
I make it sound worse than it is, but it is something I've become acutely aware of in recent months. I want to change and reshape this voice. I want to learn to relax. But I don't want to compromise my creative energy in the process. I thrive on accomplishing goals and expanding my mind.
But most of all? I don't want to be hungover again anytime soon. 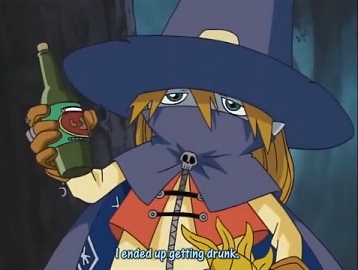 Ah yes here we go, a real entry. I told myself if I made this page that I would actually write and use it. Is that true? To be determined.
Regardless, I think the excercise of putting my inner thoughts into words may prove to be the kind of catharsis I need right now. So what's been on my lately?
Friendships. The Passage of Time. Giving and Taking.
I've come to find that I'm a lot more sensitive to people giving their time than I once thought. It's the classic story: you have a friend, or group of friends, that you invest a lot of yourself in, but they don't recirpocate. The relationship isn't as meaningful to them as it is to you.
I'm speaking rhtoerically, but yes, clearly this is what's going on in my "real life". I feel so dejected, and frustrated with myself. I allow myself to get wrapped up in people who don't give me the time of day. People who make excuses to avoid me, without invitations to accomodate.
But it's not as easy as saying, "those people are bad friends. Fuck them." because, maybe my expecations have to be aligned to. Hell, I'm sure I've made people in my life feel the way I'm feeling now. Sometimes, the way someone sees you isn't the way you see yourself. The value you hold in someone else's eyes isn't always aligned with the value they have in yours.
So where does this leave us?
I've been reconsidering the people I want to invest my time into. I want to actively channel it into people who want to see me too. But I also want to evluate how much emotional stock I put into friendships with other people. All relationships are different, and I need to be more mindful and respectful of that. And as with everything, nothing stays the same forever. People grow closer, but they also grow apart. And both of those things are okay. For now, I will cherish the people who I am close to, and look forward to the relationships I have yet to form.